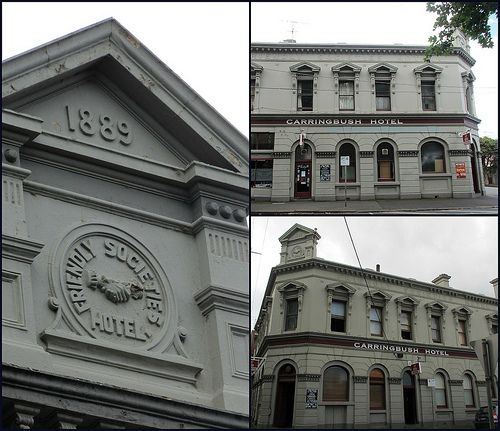 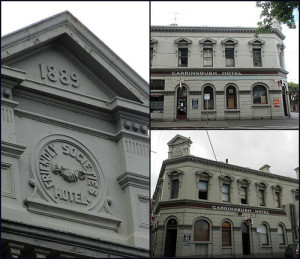 As can be seen from the photograph above, the Friendly Societies Hotel in Langridge Street was built in 1889. This building replaced the earlier Langridge Family Hotel which was on the same site from 1870 to 1889. The owner and publican of the new building, William Nicholls, was a member of six friendly societies as well as being a Freemason and the hotel had a large room for lodge meetings. The hotel changed its name to the Carringbush Hotel in 1984, a reference to Frank Hardy’s Power without glory where Carringbush is used as a pseudonym for Collingwood, and maybe also a reference to the Carringbush Regional Library which had been established in 1976. There is more information in the Hotels section of this website.