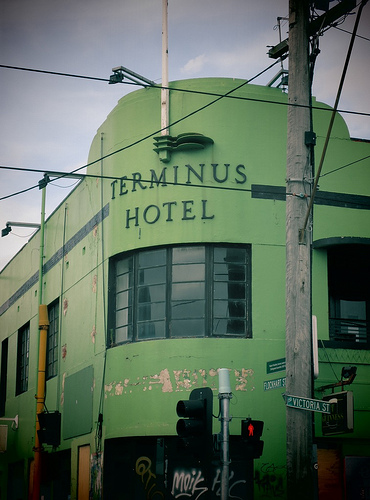 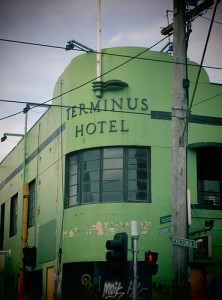 The Terminus Hotel in Victoria Street Abbotsford (corner of Flockhart Street) has now terminated its services and so is about endings in more way than one. The hotel’s name was changed to the Terminus in 1923 to reflect its location near the terminus of the Victoria Street cable-tram at the river, and is on the same site as the previous Brickmakers’ Arms Hotel which had been established by 1867. Read about the hotel here.