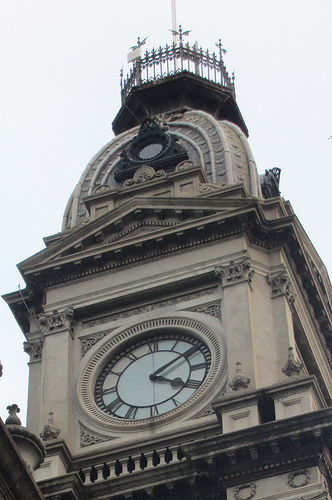 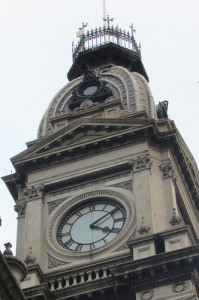 The clock in the Collingwood Town Hall tower is a good example of the complexity of the mechanisms needed to wind and keep going a four faced clock in a tower. The clock was not installed in the tower at the time of the opening of the new Collingwood Town Hall but was installed a couple of years later. It is thought to have been donated by Cr Eade and to have been originally installed in the Melbourne GPO.

This photo was submitted by the Collingwood Historical Society to the Flickr Friday Photos challenge under the theme of “Wind”.