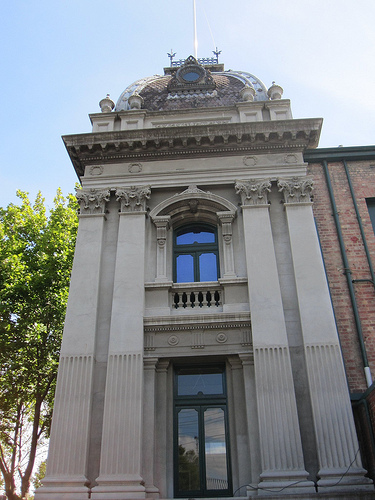 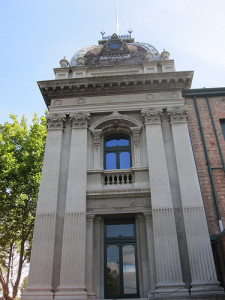 This photograph is part of the Flickr Friday Photos 2012 group under the theme of “Craft”.

This photo of the south east corner of the building shows many examples of work that needed the hands of a skilled craftsman like Larry. Examples of this are the capitals of the columns, the window arch, the parapet in front of the window and the urns on top.

There are a number of photos of Larry at work. You can see them here. There is also a DVD about him available at Collingwood Library. One of them is shown below where he puts the finishing touches to a cement-rendered urn similar ro those in the photograph at the beginning of the post. 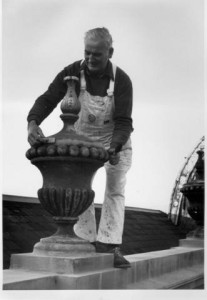