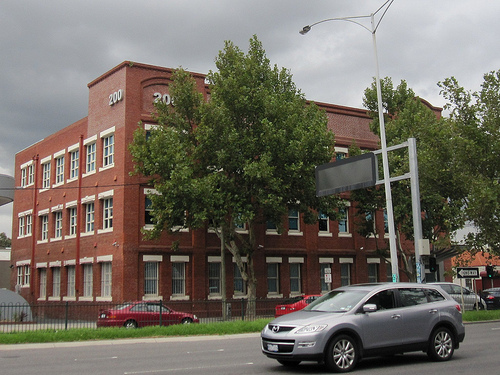 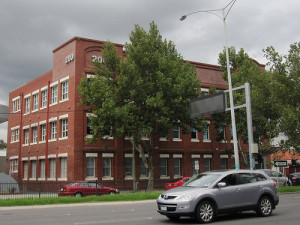 This photograph is one of Collingwood Historical Society’s contributions to the Friday Photo 2012 challenge under the theme Shoes.

Whybrows whose boot factory still stands in Hoddle Street Abbotsford was a big employer in Collingwood. Born of illiterate Irish immigrants in Ballarat St, Collingwood in 1871, John Wren like many Collingwood boys commenced his working life in the boot trade, working at Whybrows boot factory. Some stories say that while there he added to his income by a small scale bookmaking operation; others suggest that he worked for a bookie after his retrenchment from Whybrows in the 1891/1892 economic slump; another story is that it was a win on the Melbourne Cup that allowed him to set up business in Johnston Street. Whatever the truth of all of this John Wren was typical of many a Collingwood youth that he started his working life at Whybrows. 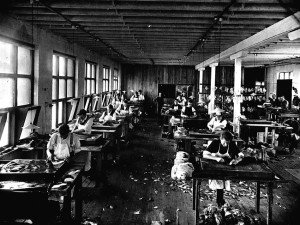 This photo dated to about 1920 is from the Museum of Victoria and shows the clicking room at Whybrows where the tops of shoes were cut out. John Wren would have been unlikely to have worked in this room as a skilled clicker.