;
Intrepid Collingwoodites don’t let a bit of rain get between them and a good History Walk. We did change the route at the last minute, fearing that our planned walk “on the wild side” (Studley Park) might be too muddy and slippery. There was no shortage of puddles on the tamer (bicycle path) side but we managed not to fall in the river.

Gary Presland was a fascinating speaker on the geology, Aboriginal history, and earliest European exploration of the area. Unfortunately we had to curtail the planned discussion of the Abbotsford Yarra bank heritage protection issues, the history of the Convent of the Good Shepherd, and the demolished pumping station, but let’s hope we can expand on these topics on another occasion 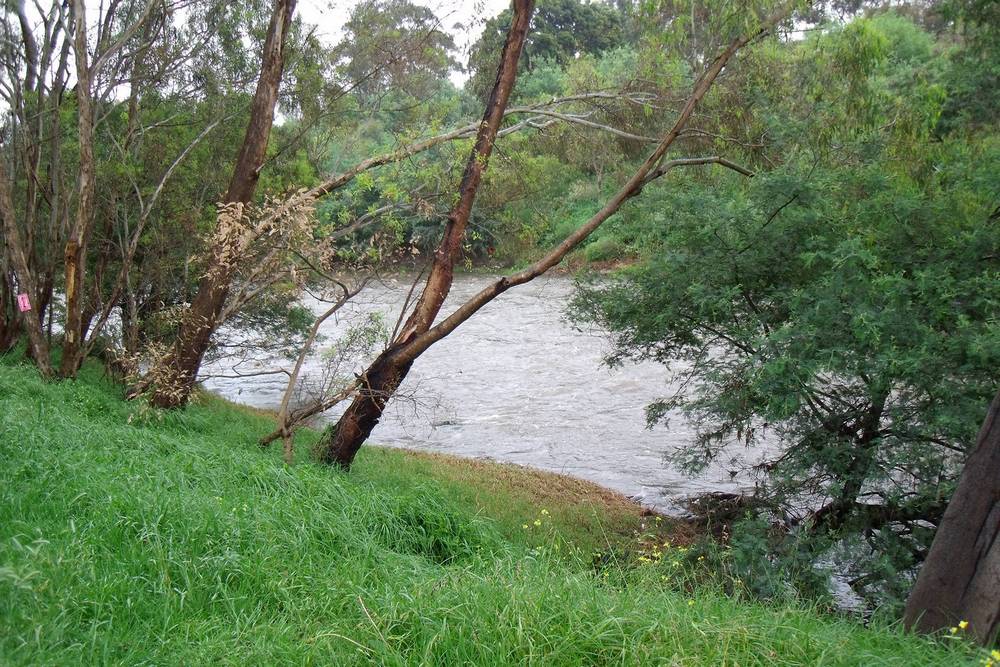 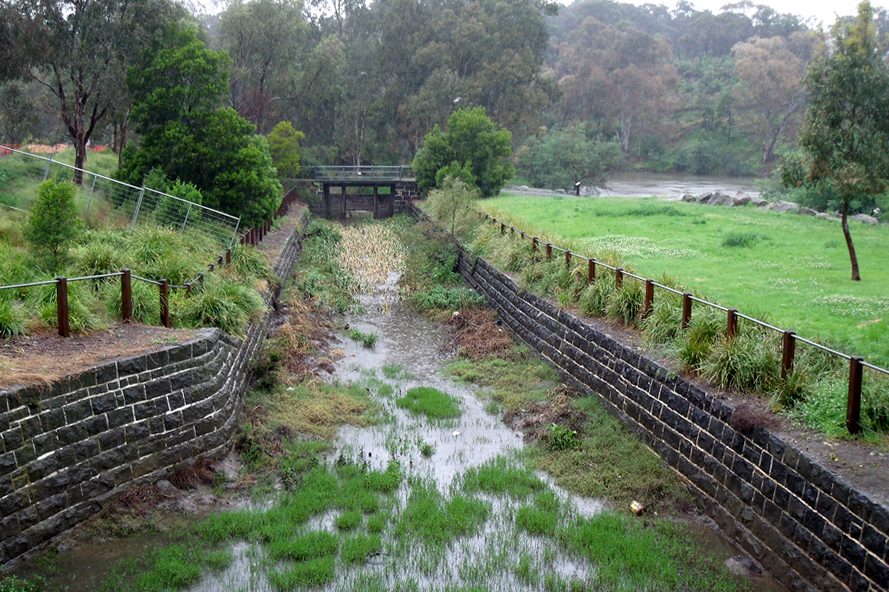 Pumping Station – We didn’t have time to talk about this so here are some notes about it, a map and an image.

Here are some notes on the pumping station in pdf format 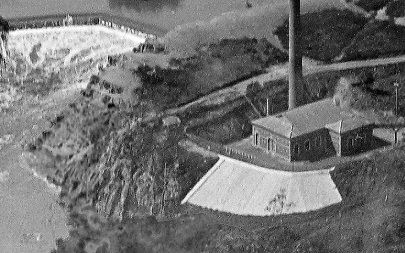 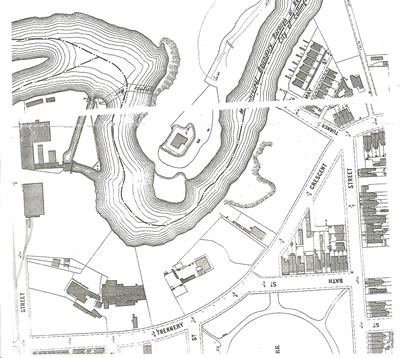 What has silk manufacturing to do with Abbotsford? We know there were silk mills in Trenerry Crescent in the 1920s and 1930s but where were the silk worms? Where did the silk come from and what was it used for?

The Austral Silk and Cotton Mills had been established in the 1920s at Trenerry Crescent (now the Victorian Branch of the Australian Education Union at number 112). In 1937 a new company Byfas Pty Ltd was formed – named for Ballarat Silk Mills, Yarra Falls Ltd and the Austral Silk and Cotton Mills – in order to manufacture piece goods in silk, silk and wool, rayon, and other kindred lines ( Evening Post 22 September 1937, p. 14). A substantial factory was built and is still standing at 8 Trenerry Crescent, although it has now been converted to apartments.

As the Second World War approached, the major strategic need for raw silk was not for silk stockings or other apparel but for parachutes. At the beginning of the war in 1939 Byfas Pty Ltd of Melbourne was the only company producing silk parachute cloth in Australia. Japan was the main source of silk for Australia (and for all the Allied countries) – a potential disaster for the manufacture of parachutes as hostilities increased.

By September 1941 supplies of raw silk from Japan had been suspended, but prior to that time considerable stocks of silk were imported. The supplies of silk were considerably enhanced at the outbreak of war with Japan (December 1941) when a Japanese ship carrying a cargo of parachute grade silk was seized in Singapore harbour and re-directed to Australia.
Substitutes for silk were found for non personnel-carrying parachutes such as cargo chutes. The materials included cotton and jute and rayon. But for personnel-carrying parachutes silk was required. The supply situation was eased midway through the war (1943) with the introduction of nylon.

Control of silk supplies was introduced in Australia as the situation in the Pacific deteriorated. The official history, War Economy, by Butlin and Schedvin, p.115, explained about natural silk:

‘As the diplomatic situation in the Pacific worsened in the latter half of 1941, the prospect of the end of all new supplies had to be faced. A Control of Silk Order of 2nd August 1941 was the first step to requisitioning of all stocks of raw silk and, for practical purposes, limiting its use to two purposes: the manufacture of man-dropping parachutes and the insulation of fine wires used in aeroplane electrical equipment. Even so, when war in the Pacific did come, it was not expected that natural silk supplies would meet even these specialised needs and control extended to artificial fibres which were to some extent substitutes. None of these was then manufactured in Australia and nylon, the best substitute for the priority uses of raw silk, was then a new product.’

For further information, check this site.