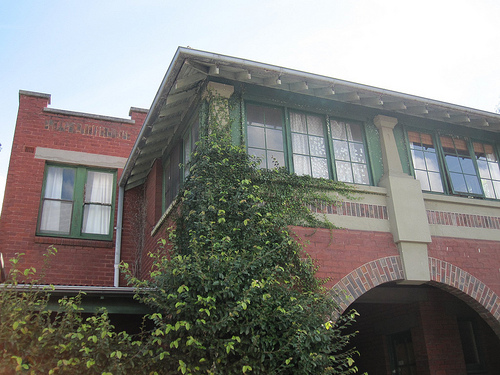 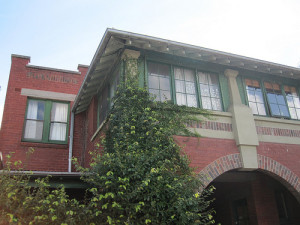 Yarradale Flats, a photo by Collingwood Historical Society on Flickr.

This photo is part of the Flickr Friday Photos 2012 group under the theme “Craft”.

Yarradale Flats were built at 29 Clarke Street Abbotsford for Daniel Keir in 1926. Yarradale is of local architectural significance as one of very few blocks of flats in the former City of Collingwood dating from the interwar years. It displays influences of the Arts & Crafts Movement, notably in the clink brick arched entrance.

For further information check out the City of Yarra Heritage database.