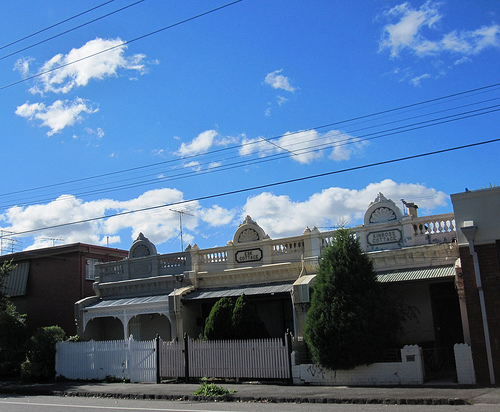 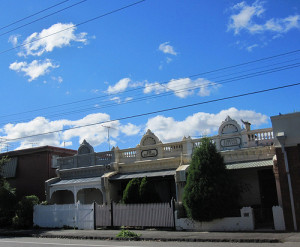 This photograph is a contribution by the Collingwood Historical Society to the Flickr Friday Photos 2012 challenge under the theme of Clouds.

These cottages, named Dalkeith, Esk and Kinross, are on the east side of Wellington Street just north of Keele Street and their local drinking hole would have been the Phoenix Hotel on the corner of Keele Street though the residents would not have had to walk far for another hotel if they wanted a change. The cottages are outlined below on the 1900 Melbourne and Metropolitan Board of Works map where you can see that Esk and Kinross have baths and troughs. The cottages appear to have been built about 1883 from Sands and McDougall records. 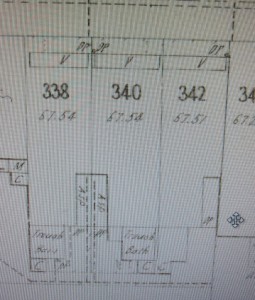