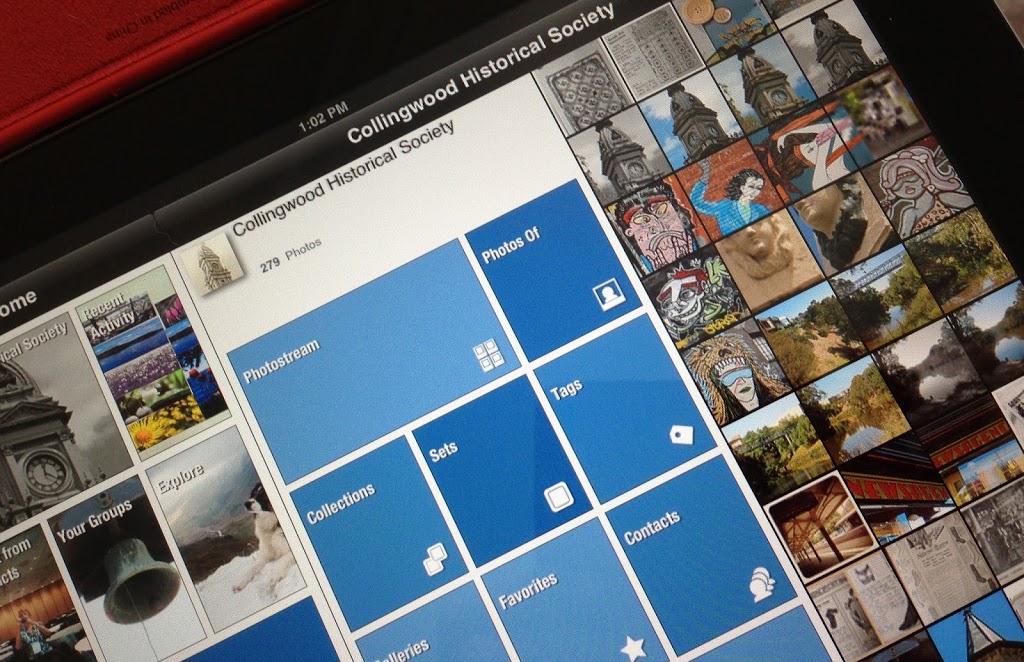 Did you know that Collingwood Historical Society has been posting photos on the Flickr photo-sharing site in the cloud for over a year?   Members Pat Miller and Anne Holmes have been managing this. The Society has over 280 photographs on the site. Flickr is an image and video hosting website and online community that was created in 2004 and acquired by Yahoo in 2005. It hosts billions of photos. Anyone can freely go to the site to view the photos but you need to set up a free (or paid Pro) account if you wish to post comments or images. You can read more about Flickr in this Wikipedia article.

The majority of the Collingwood Historical photos relate to the Flickr Friday Photos challenge which we participated in for 2012 and are doing again for 2013.  In this group, we are challenged to take three photos each week on a theme that is released on Saturday and then to post them on Flickr each Friday. The themes so far for 2013 have been Socks, News, Water, Faces and Buttons.   So you can well imagine that we have to think out of left field a bit. 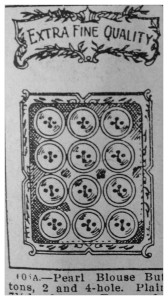 But we have also documented events, such as the 2012 Annual History Walk, and all the photos are available to be viewed in sets, such as Streets, Events, Transport, Commercial buildings, Domestic Buildings, Church Buildings.

The other great thing about Flickr is that it provides a very easy facility for loading our photos onto Trove, the National Library of Australia portal which took over from PictureAustralia.  All we need to do is add our photos to the Trove group on Flickr and they are automatically harvested to Trove!  How easy is that!

So how do you get to see our photos on Flickr?  Well, the easiest way is just to go to the link on the top of this blog where our most recent photos on Flickr are displayed. If you are not a member of Flickr, you can view the photos but you can’t comment on them.  However, it is very easy to set up a free account that allows you to comment.  Please note that you need to have a Yahoo id and email address to do this.

If you are a member of Flickr, please use this link and add Collingwood Historical Society as one of your contacts.  Then our new images will come up in your Recent from Contacts folder. And you will be able to comment on our photos and participate in discussions.  An example of this was a recent discussion we had about the history of Clifton Hill railway station. If you already use Flickr and make Collingwood Historical Society a contact, you can also look at the photos on the Flickr iphone app or some of the other third party Flickr apps.  I particularly like the Flickstackr one as it lets me upload photos from my ipad on holidays!