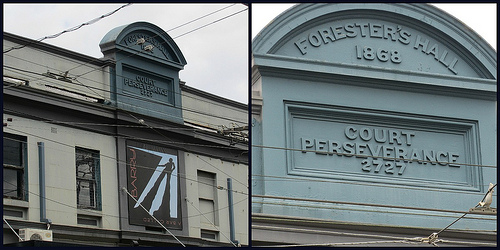 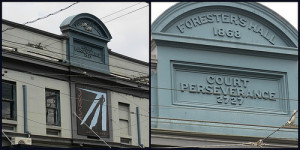 The former Forester’s Hall in Smith Street Collingwood on the northern corner of Langridge was opened in 1868, as the home of the first Victorian branch of the Ancient Order of Foresters.  The building with its large space was used for all sorts of local events including court sessions, bazaars and public meetings. The laying of the memorial stone was recorded in the Argus on Wednesday 25 March 1868.  You can read the account here.