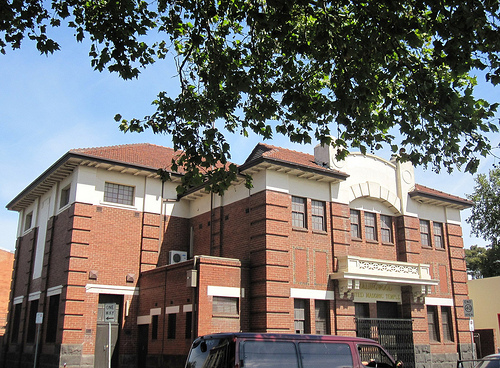 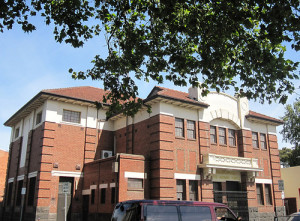 This photo is part of the Flickr Friday Photos 2012 group under the theme ‘Craft”.

Architectural evidence of the Arts and Crafts movement is not very prevalent in a predominantly 19th century place such as Collingwood. But there are some examples. Collingwood United Masonic Temple was built in 1928/9 at 141 Gipps Street, Abbotsford, by Freemason architect, Bro. Harry Little and builders Morison Bros Pty Ltd. the heritage citation for it states: “

For more information about the building check out the full entry in the City of Yarra Heritage database.