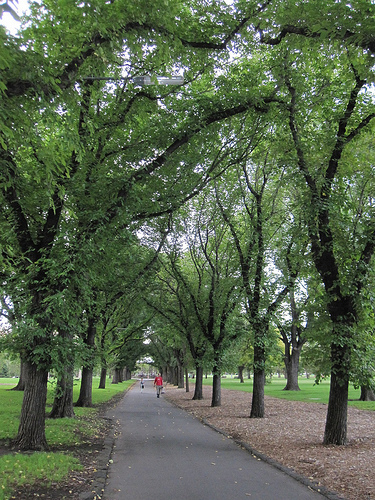 Like nearby Raines Reserve, Darling Gardens permanently reserved by Order 12 December 1866 is one of three sites in the former City of Collingwood to be featured on the National Trust Tree Register. The third site is the grounds of the Abbotsford Convent.

Darling Gardens has two trees on the register a holm oak (quercus ilex) of regional significance in an historic garden or park and an English elm (ulmus procera). The elm’s context is also an historic garden but is considered an outstanding example of the species and its estimated age in February 2011 was given as about 120 years.

Plants were provided initially by von Mueller and later early plantings had their origin in Scott’s nursery in Hawthorn.