Fordes at the Fox 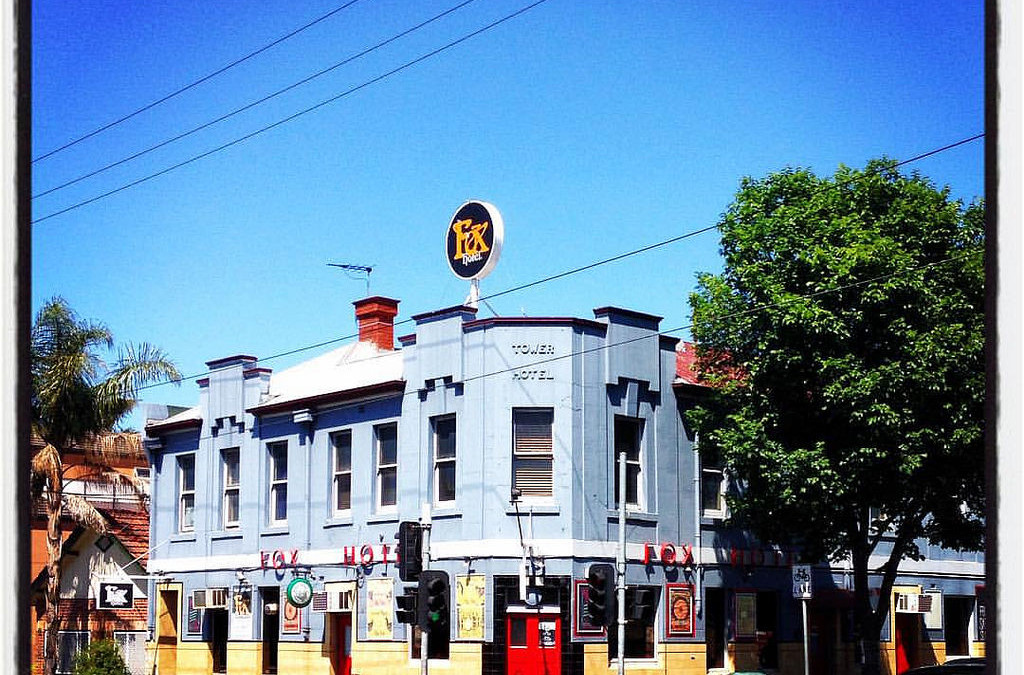 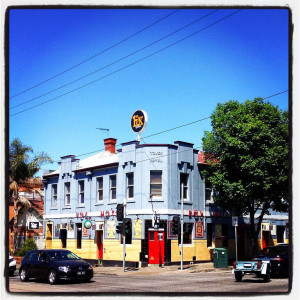 There has been a hotel operating on the south west corner of Wellington Street and Alexandra Parade (formerly Reilly Street) Collingwood operating continuously from 1871 until the present day. During this time the hotel has operated under four different names:

Fox Hotel 2007- present (reversion to a variant of the original name).

There are only two images which give us a sense of what the hotel was like before the 20th century renovations. A photograph from the 1890s (Mary Forde, Licensed Victualler) is held by the Royal Historical Society of Victoria and is shown above. This shows a much smaller brick double storeyed building with a timber cottage adjacent on the Wellington Street frontage and another timber structure adjacent on the Reilly Street frontage.  The only other representation, on the Melbourne and Metropolitan Board of Works map in 1900 suggests that the timber building on Reilly Street was part of the hotel and behind it there was a yard and hotel WCs.  The hotel was renovated in the interwar period and maybe that is when the footprint was extended to its current dimensions.

This hotel must be the only pub in Collingwood not to have engaged in illegal Sunday trading or to have scandals attached to its name.  So reporting of it in the press is minimal and does not provide any juicy stories.  However investigating the publicans is fascinating as they provide a microcosm in the history of one pub of the type of people who were publicans. In this post we will be focusing on the ealiest publicans.

The first licensee was John Fox, presumably eponymous, but we know little about him and he was licensee for only a year or so.  However, there are a few licensees from the 1880s onwards who are interesting.

James Michael Forde was supposedly publican from 1880-1891, interestingly as he died in 1885! James Forde was a single man, who was born in Galway and emigrated to Melbourne with his family at the age of 2. He took over the license in 1880 and saw the marketing opportunity of the building of the Shot Tower in 1882 to change the name of the hotel to the Tower.  He died very suddenly, an awful and untimely death from hydatids, in 1885 . He was 30 years old. Aside from his interest in the hotel, James owned houses and land in Rathdowne Street Carlton and Wellington Street, Collingwood as well as four other parcels of land in Carlton and Clifton Hill.

His will left the effects, license and goodwill of the hotel (valued in probate at 350 pounds) to his sister Miss Mary Forde, a single woman, who was licensee until 22 December 1897. It is not known whether she had been party to running the hotel previously, but given the will and that her address is given as Wellington Street Collingwood, it is likely that this had been a brother and sister partnership before James’ death.  There is an impression from the will and from her role as executrix of other family wills that Mary was the family business person.  Mary gave up the licence in December 1897 and within two years her sister Bidelia and her mother Susan had died, and Mary herself died of uterine cancer in 1900. She was 50 years old.

Did you know any members of the Forde family or are you related to them?  We are always interested to hear from people with stories about the 101 hotels that have operated in Abbotsford, Clifton Hill and Collingwood.