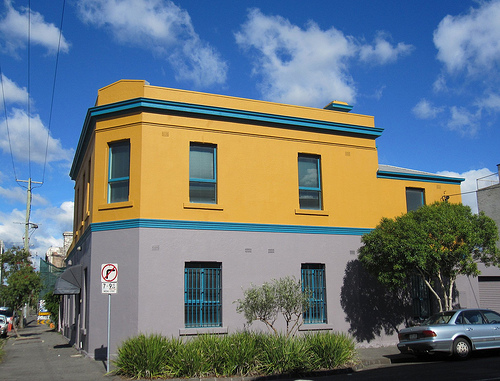 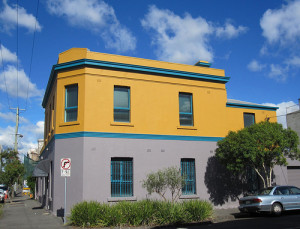 This photo is part of the Collingwood Historical Society contribution to Flickr Friday Photos 2012 under the theme of Wildlife.

There isn’t much wildlife around Collingwood – or at least I didn’t see much this week. This connection is a bit of a stretch of the imagination and an assumption that a phoenix was wildlife, albeit mythical wildlife.

The building shown here which is on the south west corner of Keele and Wellington Streets in Collingwood is the former Phoenix Hotel. The hotel started life in 1875 as the Woodthorpe Hotel but from 1885 to 1919 it traded as the Phoenix Hotel. It was delicensed in 1919.

Nowadays the corner door opening has been filled in and the ground floor window frames altered, but otherwise Michael Torpey, publican from 1887 until 1892, could return to his hotel today and have no trouble recognising the exterior, although he might be a little surprised by the paint colours.