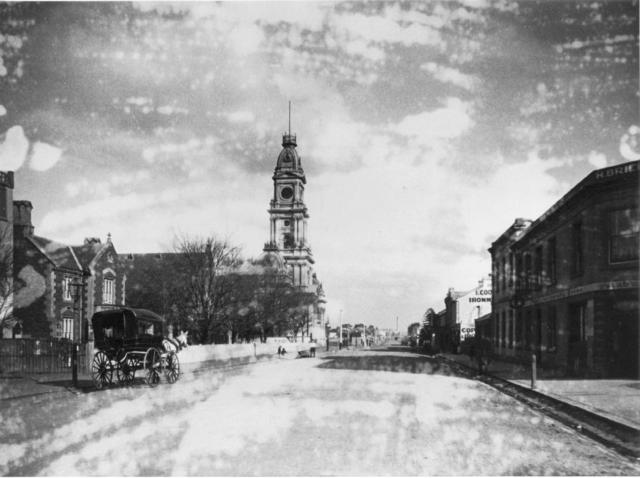 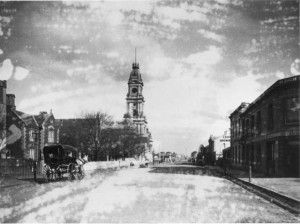 One of the exciting projects that the Collingwood Historical Society is currently working on is updating information that we published in Hotels of Collingwood a number of years ago. We have identified about 97 hotels that have a history in Collingwood (i.e. Collingwood, Abbotsford and Clifton Hill). The reason I say “about” is that we have recently found a couple more ;>).

These hotels vary substantially in their history. The Grace Darling in Smith Street, for example, has existed continuously on the same site and with the same name since 1854. However, the Good Woman Hotel (formerly the Old Gold-diggers Hotel) in Sackville Street seems only to have operated from 1865 to 1867. Some hotels operated under a number of names. The Brandon Hotel, formerly in Smith Street, was previously called the City of Norwich, Gray’s, the London, Our Boys, and Flying Squadron before being called the Brandon from 1897 to 1914 when it was delicensed. Some hotels are still operating; some buildings survive but are used for other things and a number have been demolished such as the Victoria Hotel pictured above on the right of the photo. The Victoria (later the Town Hall) operated in Hoddle Street from 1858 until it was demolished for the Hoddle Street widening in 1972.

If you have any stories you would like to share about Collingwood hotels and have any questions about the hotels, this is the place to comment. We look forward to hearing your stories.