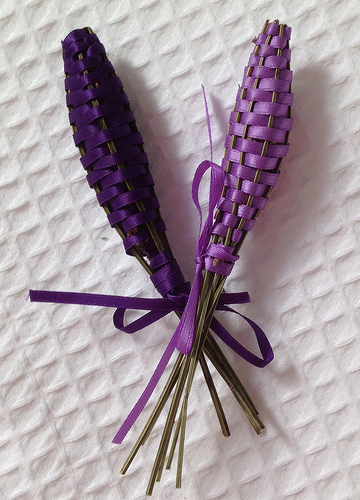 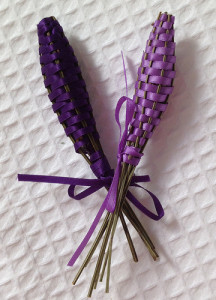 Today the 8 March 2013 is International Women’s Day.  The colours, Green, Violet and White, shown above in the lavender favours on a white background reflect the heartfelt cry of women for enfranchisement: Give Votes to Women!

Collingwood had to wait another eight years until 1963 when Rita Jamieson was elected as the first woman on Collingwood Council. Rita was an active member of the Union of Australian Women (UAW) and one of a number of women from the Victorian  branch of that organization who successfully broached the male bastion of Victorian local government.  Another example, Nola Barber, who was the first woman Councillor for Chelsea in 1948 (and later stood for Federal Parliament), was a founding member of the Australian Local Government Women’s Association.

Rita Jamieson joined the UAW after the Labour Party split when ALP members were accepted.  She was a member of ALP Abbotsford branch, vice President of Waterside Workers’ Women’s Committee and vice President of Australian Union of Women at the time of her election. She was a Councillor until her death in  1970 when her vacancy on Collingwood Council set the scene for the election of Caroline Hogg who later became first female Mayor in 1978/79. Rita Jamieson fought to improve conditions for working class women and children and was involved in the setting up of an after school program in Collingwood.

Did you know Rita Jamieson or do you have any stories about her that you would like to share with us?  We would love to hear from you.