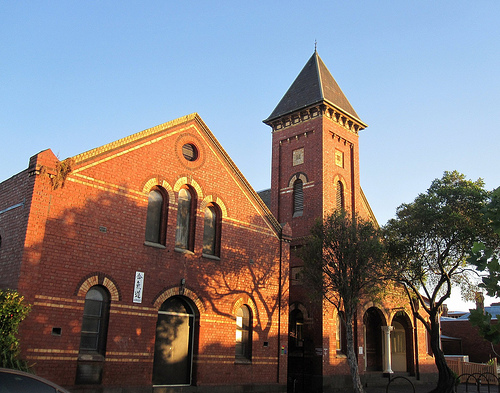 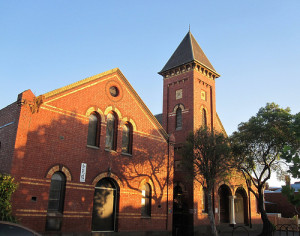 Morning light casts shadows, a photo by Collingwood Historical Society on Flickr. Clifton Hill Baptist Church aka Community Church of St Mark. Baptists first met in Clifton Hill in the Albert Hall in Queens Parade from 1890 until this Romanesque polychromatic red brick with cream and brown dressings opened on 2 October 1895. The foundation stone had been laid on 25 June 1895. The foundation stone for the matching hall to the east was laid on 1 December 1902.

This photo has been included in the Friday 2012 photo challenge for the weekly theme of “light”.