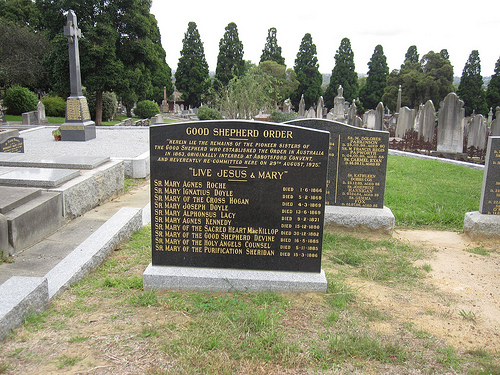 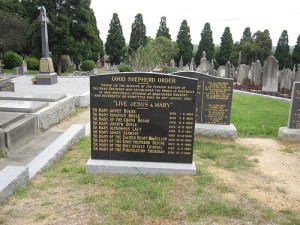 This photo is part of the Collingwood Historical Society contribution to the Flickr Friday Photos 2012 challenge under the theme Cemeteries.

The gravestone photographed here is not in Collingwood but honours the ten Good Shepherd nuns who established the order in Australia in 1863 at Abbotsford. The nuns were originally buried at the Abbotsford Convent but in 1975 were reburied here in the order’s burial ground in the Boroondara Cemetery at Kew.