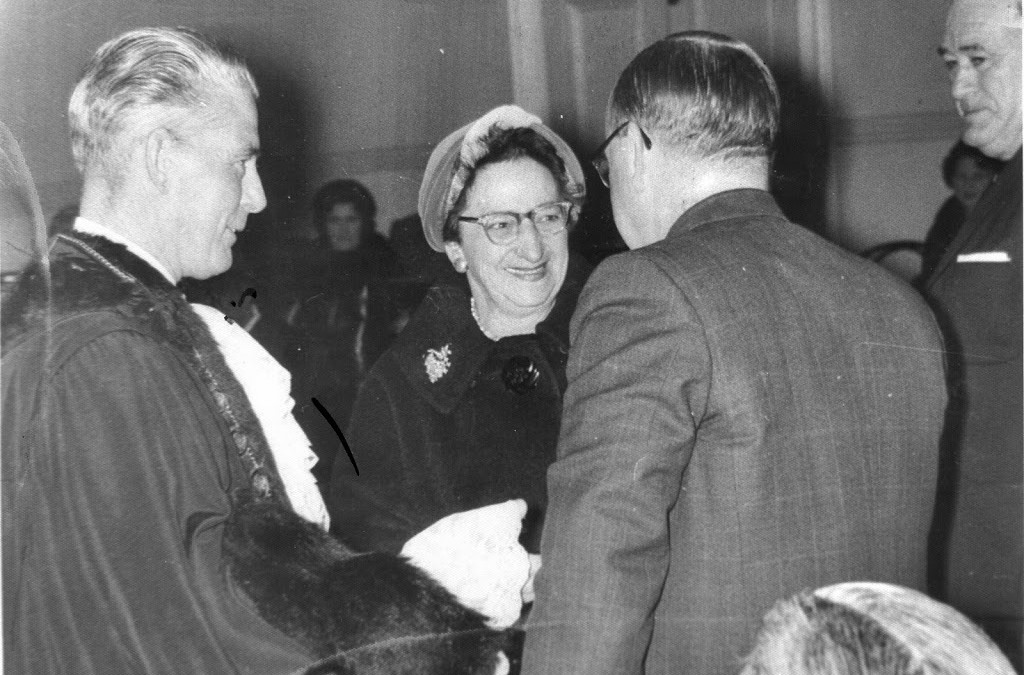 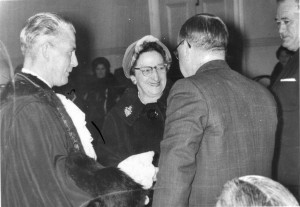 Rebecca “Rita” Jamieson was the first woman elected to Collingwood Council.  She was elected to Council in 1963 for the Abbotsford Ward and served that ward as a Councillor until her death in 1970.  She was replaced in the ward by Caroline Hogg who was to become the first female Mayor of the City of Collingwood in 1978/79. Rita Jamieson lived at 88 Park Street, Abbotsford.

The Collingwood Historical Society recently obtained the photo above from the Union of Australian Women, whose Vice-President she was at the time of her election to Collingwood Council.  This photo was taken at the inauguration of Collingwood Council in 1963.  Rita Jamieson is someone the Society is researching for the Notables of Collingwood project.  If you knew Rita Jamieson or have stories about her we would love to hear from you.  Please comment below or email us at collingwoodhs@yahoo,com.