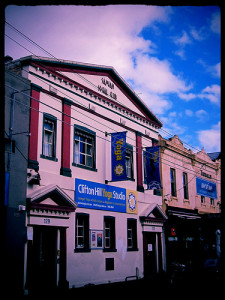 In July 1890 the Clifton Hill Baptist Church commenced services here and operated from the Albert Hall until its church was opened around the corner in Hodgkinson Street in 1895. The hall was rebuilt in 1927 when a stone was laid in January commemorating 40 years of the lodge.

In the 19th and early 20th century while it was the Albert Hall, the facility was regularly used for community meetings and for prize nights for local schools such as the Misses Westgarth’s Westleigh school.