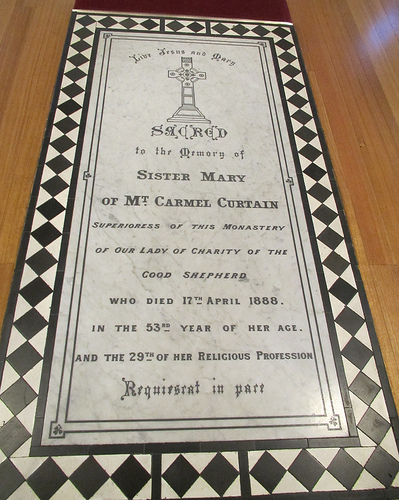 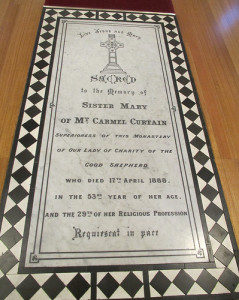 Long term superior of the Good Shepherd Convent in Abbotsford, Sister Mary of Mount Carmel Curtain is actually still buried in the crypt under the Chapel. The site of her burial was open for viewing during the recent Behind the Veil exhibition at the Abbotsford Convent.Sister Mary of Mount Carmel was not among the first group of four nuns who arrived in 1863 but arrived in another of the early groups.  Other early nuns previously buried at the convent were disinterred and reburied here at the Boroondara Cemetery in Kew in 1975. The memorial stone pictured above is in the main aisle of the chapel.