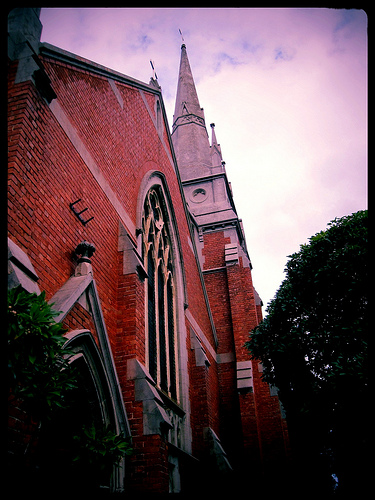 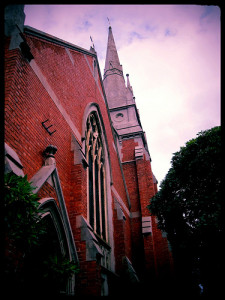 This photo is a contribution by the Collingwood Historical Society to the Flickr Friday Photos 2012 challenge under the theme of Easter.

Pictured here is St Nicholas’ Croatian Catholic Church in Hodgkinson Street, Clifton Hill. As with its Roman Catholic counterpart in Queens Parade it was not possible to find any sign of Easter services at the church.

The church was originally a Wesleyan Methodist church whose foundation stone was laid in 1886, though there was a church on the site from the mid 1870s which possibly survives in the oldest part of the hall. The parsonage was built in 1881.

Due to lack of attendance, the Methodist church closed down in 1961 and was purchased by the Croatian Catholic community who have made it a thriving religious and cultural community.