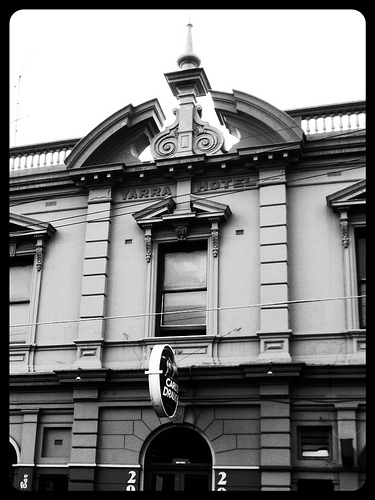 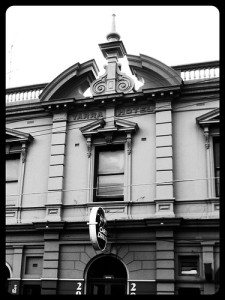 Yarra Hotel 52/20/1, a photo by Collingwood Historical Society on Flickr.

This photo is submitted by the Collingwood Historical Society as part of the Flickr Friday Photos 2012 challenge under the theme of “water”.

In Melbourne one of the words that is synonymous with water is “Yarra” the name of the river on which the city was established. In Collingwood where much of the eastern border of the former municipality was formed by the Yarra the river played a significant part in its development.

This photograph is of the Yarra Hotel situated in Johnston Street, Abbotsford about five minutes walk from the Yarra. The first hotel on this site from 1855 was a brick building, and took its name from the original proprietor Mrs Margaret Mackay. From about 1864 the name changed to the Yarra Hotel and the initial building was replaced later in the nineteenth century by the existing ornate late Victorian hotel in the mannerist style.

Victoria has a number of Italianate hotels built around this period, but the Yarra is an outstanding example due to the scale of its distinctive pediment and rendered ornamentation, which remain largely intact, although the painting of the render work is to be deplored. This black and white photo gives a good sense of what the hotel must have looked like.